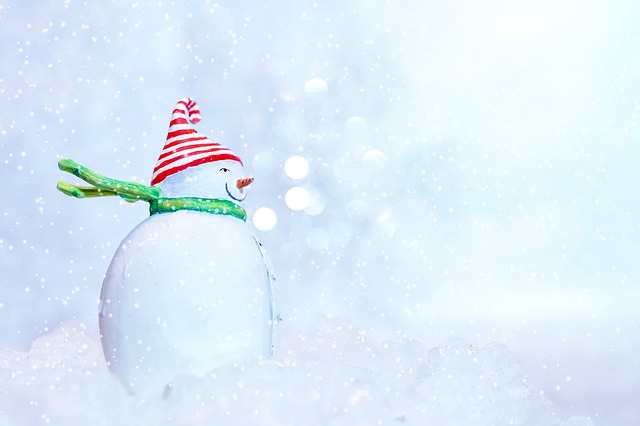 The day I got married, I tore the calendar in half. It was because I wanted to share my days with you. Happy anniversary.

Grammatically speaking, I consider you to be a period. Because you complete the sentence of my marriage.

I have given up watching comedy shows because I love watching the two of you quarrel in that comical fashion that you always do. Congrats on your anniversary!

These days, I find myself smiling a lot. I must be going mad, or perhaps it’s because of you, darling. Happy anniversary!

Leo Tolstoy wrote a book about us. It was titled “War and Peace.” Happy anniversary darling!

I assume God must have stuck some superglue between you two on the day of your wedding. Both of you seem so attached. Have a lovely happy anniversary!

I have learned that marriage is a boxing ring. Thank you, partner, for smacking some sense into me. Love you.

My friend, I’d like to remind you that anything in excess is bad for health. But, also remember, your wife is always right. May your anniversary bring you new light!

My friend, I would like to congratulate you on taking good care of your adopted overgrown male partner. Happy anniversary and keep up the excellent job.

You know, your marriage won’t be blessed if you don’t invite your friends to your anniversary. From the deepest corners of my heart, your guardian angel wishes you both a happy anniversary.

We are all a little weird and life’s a little weird, and when we find someone whose weirdness is compatible with ours, we join up with them and fall in mutual weirdness and call it Love.

Marriage is a three ring circus: the engagement ring, the wedding ring, and suffering

Focus on continually changing and growing in order to make sure you are someone your spouse would still choose today.

A wedding band is the smallest handcuff ever made, I’m glad I chose my cellmate wisely.

I love being married. It’s so great to find that one special person you want to annoy for the rest of your life

Drug stores understand life. That’s why the Anniversary cards and Sympathy cards are right next to each other.

Marriage is give and take. You’d better give it to her or she’ll take it anyway

Congratulations! Cheer’s to another year of suffering and misery.

A marriage anniversary is the celebration of love, trust, partnership, tolerance, and tenacity. The order varies for any given year.

I’ll love you even when you’re old and wrinkly

On your anniversary, I want you to know how much I love annoying you. Thank you for putting up with me, my dear.

My husband is a solvent with a low boiling point. But, when I kiss him, his anger evaporates. Happy anniversary, my other half.

Thank you, husband, for being my personal bank. Know that your client loves you sincerely. By the way, happy anniversary.

You’re like a live wire because whenever I’m around you, I can feel the sparks of love. Happy anniversary!

My wife is a delightful cook. She really knows how to stir those emotions in the pot of our marriage. Happy anniversary!

On this very day, I scribbled my name in the tombstone of marriage. Surprisingly, my wife has made my afterlife awfully delightful. Happy anniversary!

Beautiful things in life are often short-lived. And yet, I am fortunate enough to be holding your hands to this day. Happy anniversary, my love!

My wife has made me religious. I pray to God for salvation every day now. Happy anniversary, my lovely demon.

With flowers in my hands and a smile plastered to my face, I rejoice for both of us being alive to this day. A solemn, happy anniversary!

I was thinking of going to the confectionery, but I already have the sweetest thing in the world at home. Happy anniversary, dear!

Whenever I see two of you, it makes me wonder if Shakespeare is alive & writing sonnets about your romance. Happy anniversary to the both of you! Never change.

I opened my mailbox today. Surprisingly, there was no divorce letter to be found. Happy anniversary love!

Mum, you might be losing your memory, but Dad will make sure that both of you continue to make new memories. Happy anniversary to you both!

Imagine a little child having to deal with the scolding of a couple united by love. Luckily, the young child survives. The child sends his deepest warm wishes on their anniversary.

In the Olympic Games of marriage, you’ve won medals for producing smart, handsome children like me. Happy anniversary, Mum and Dad.

Mum and Dad, you’ve set a new record. You’ve been sleeping with one another for the past (number) years. Nah, you’re not dreaming. It’s your anniversary.

Statistically speaking, you guys are outliers. It’s not normal for individuals to love one another the way you guys do __ years into your marriage. Happy anniversary.

I remember seeing lovebirds at the national zoo here. You guys remind me of that. Happy anniversary!

Aakanksha Pateriya is Co-Founder of WishesHindi.com Website. She is also writer & student of 12th class. 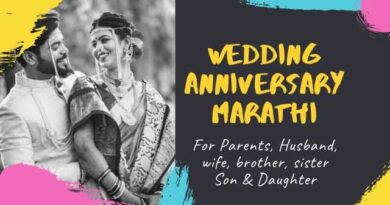 Thank You Messages For Students From Teacher 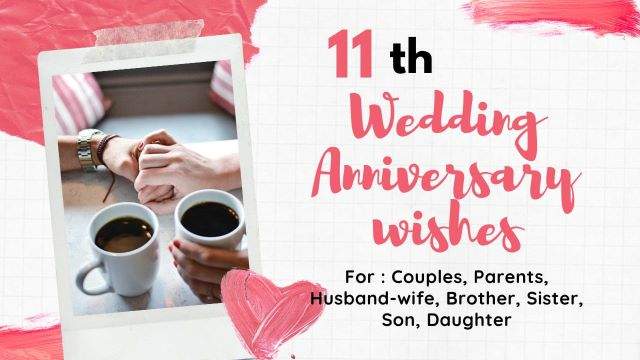